It was a real treat to meet one of my favourite gardeners (and friends) when I was in Canada recently. And also to be introduced to the delights of ferns. Which I’ve always thought were just there really to fill up some space. (I KNOW! I have an invisible speech bubble saying – #confession – in my head as I write this, which probably suggests I’m spending too much time on social media and not enough in the garden appreciating all plants.) 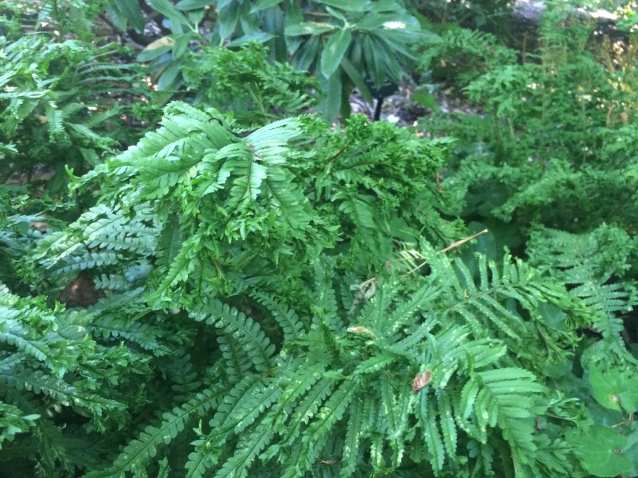 So back to the garden. It is on an island, and so not only has a beautiful ocean view from nearly everywhere. 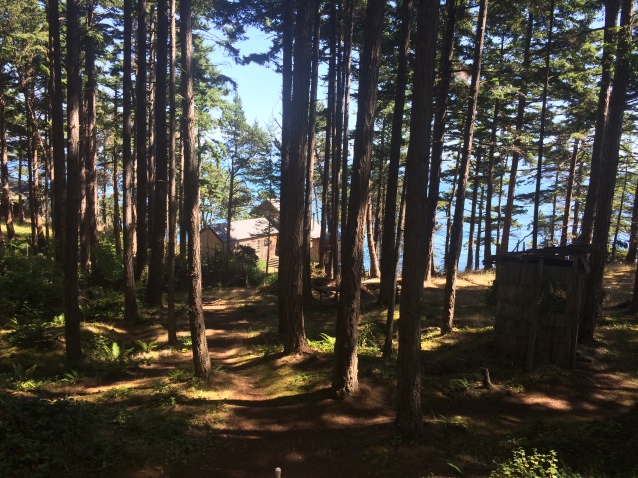 But also some unwelcome visitors in the form of small goats (I didn’t see these although I would love to have done) and deer (which I did see, they were munching too!) 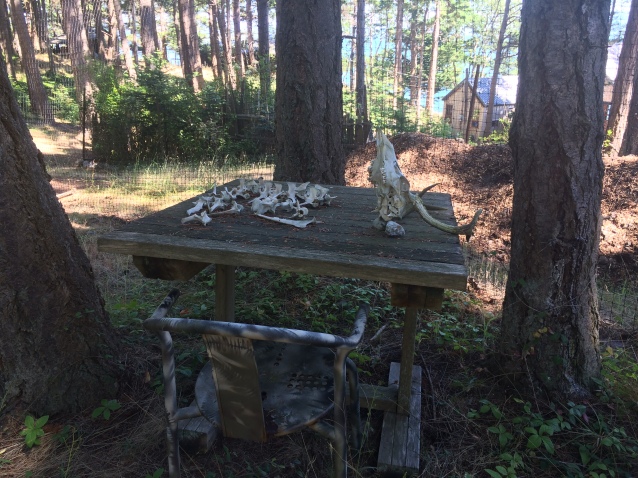 I don’t think this is their bones above. But I LOVED this desk. It reminded me of the magic that can happen when a gardener is also a naturalist. And how peaceful it looks. This is what is important in life, isn’t it? And she’s a proper gardener too. Just look and admire this compost station. 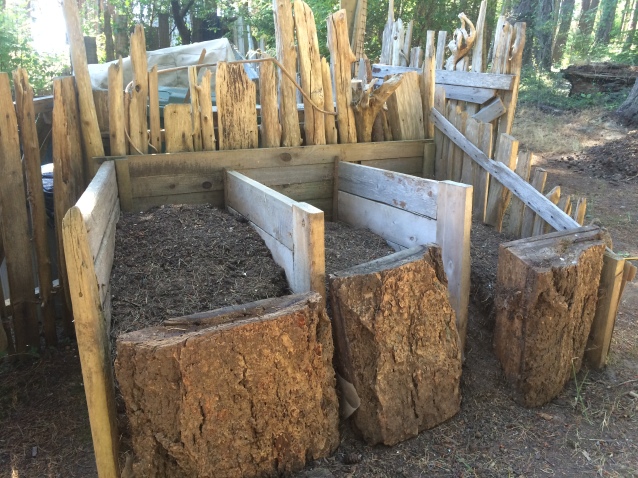 There’s a wonderful thing going on in this garden. Because of those goats and deer, my friend has put fencing up and is busy recreating the missing middle layer of the natural landscape around. It was fascinating to see this happening so deliberately, and then comparing her natural island garden to the rest of the island. Because before I saw round her garden, I knew something had been missing but I hadn’t been able to put my finger on it. These pictures below are the garden in process, and shows just how much work it takes to create a ‘natural’ look. It has been a particularly dry summer in Canada too, lovely for us tourists but worrying for the plants, many of which were being tended individually. 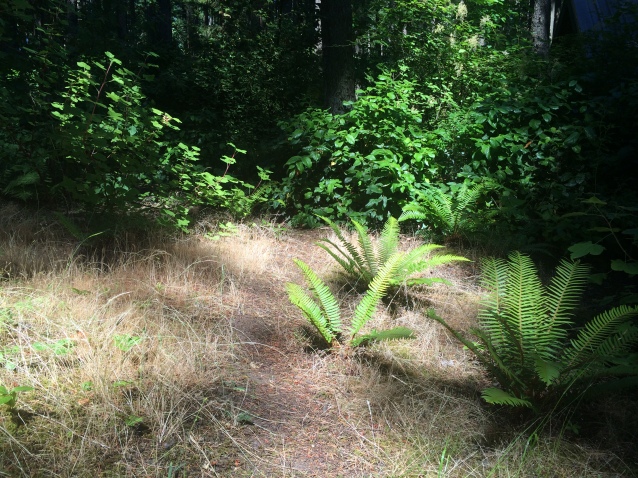 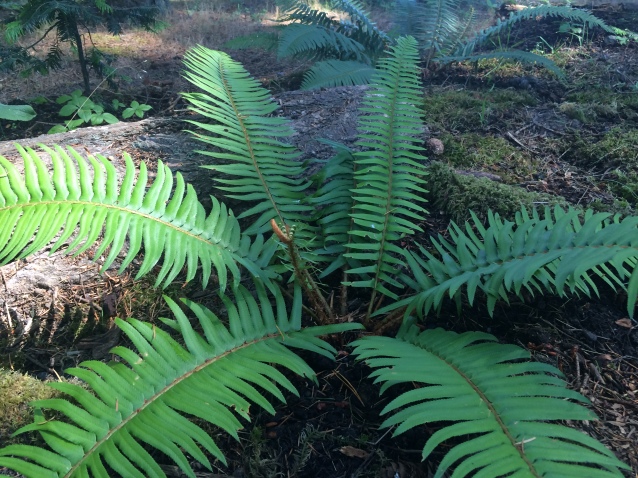 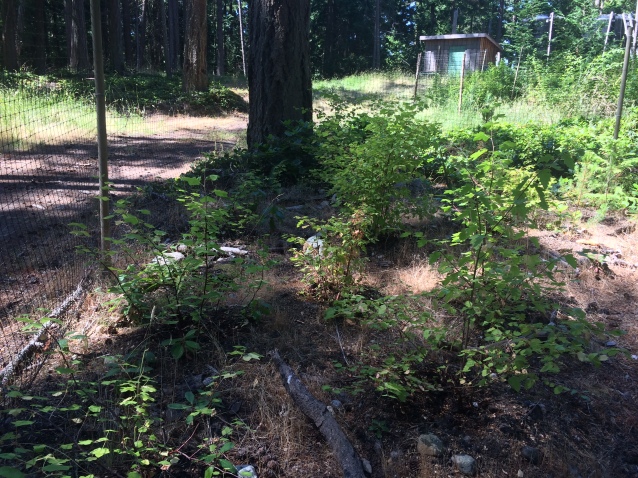 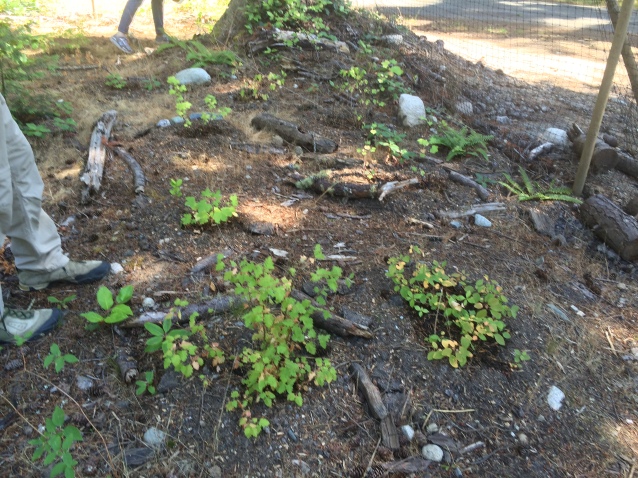 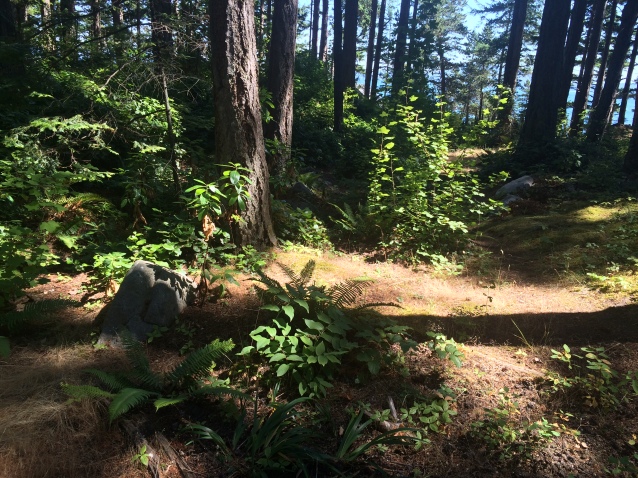 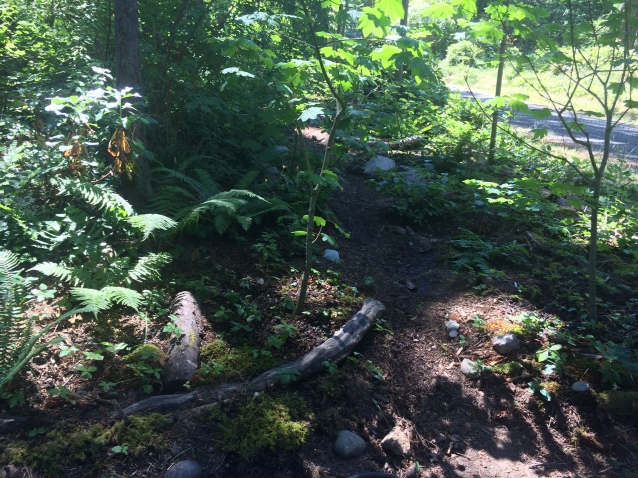 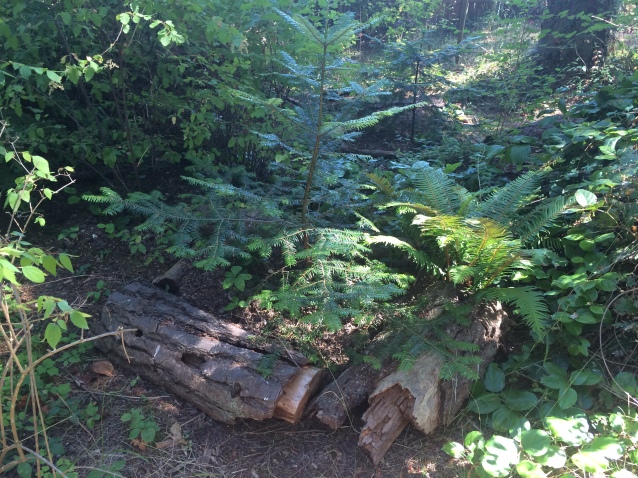 This garden is really a work of generosity and skill, using only plants indigenous to this most easterly Gulf Island. It made me look and think again at layers, and proportion, and also about how gardens aren’t just about the plants, but are about light and shade and also shadows they throw. 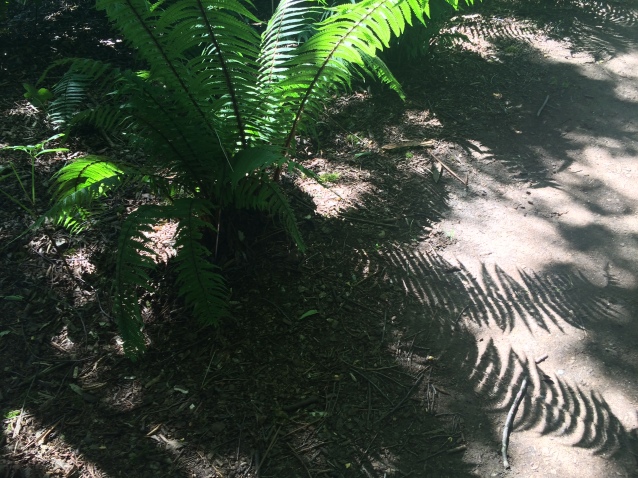 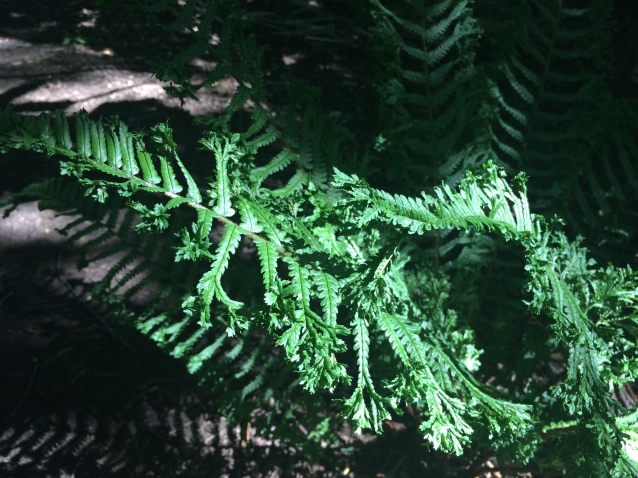 And then once I started looking at ferns, I couldn’t stop. These photos below are from the VanDusen Botanical Gardens in Vancouver… 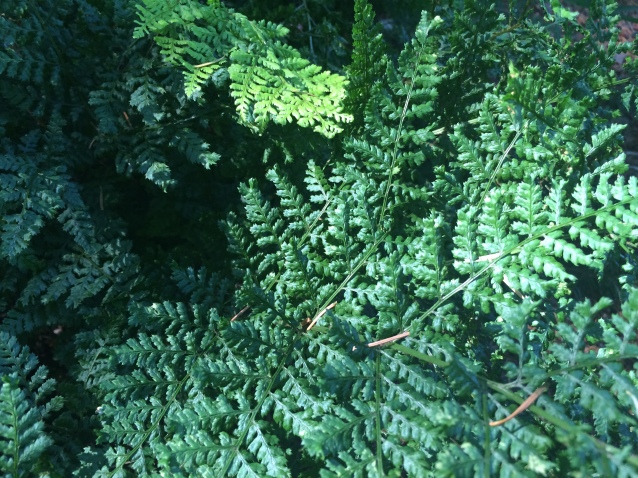 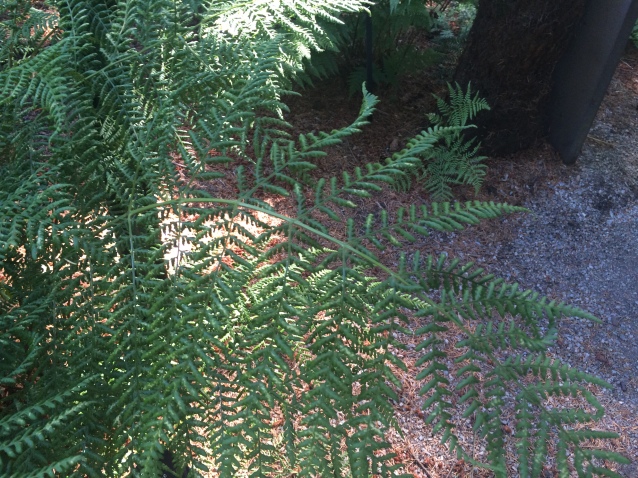 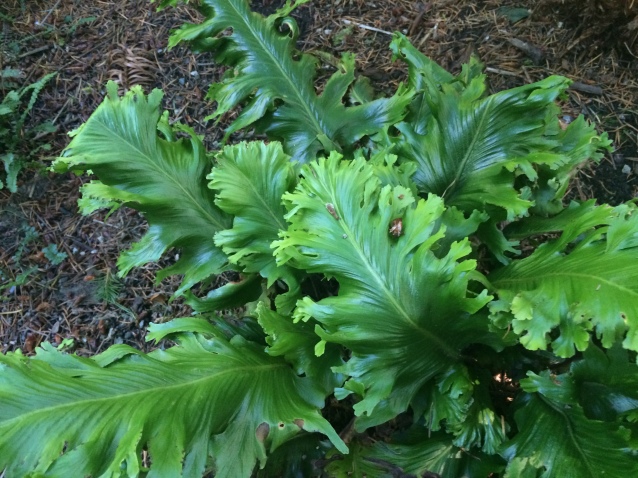 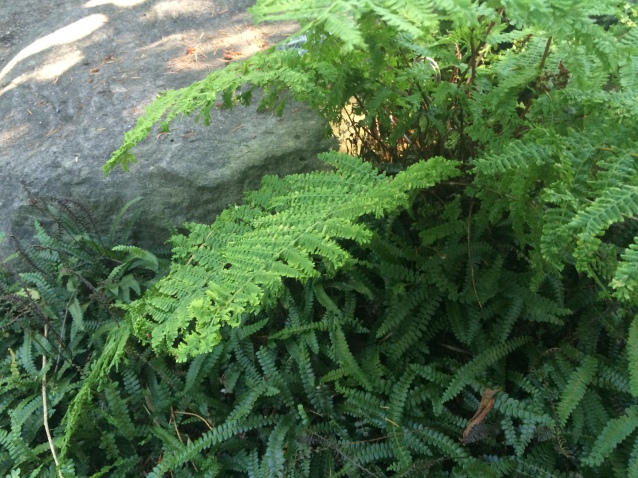 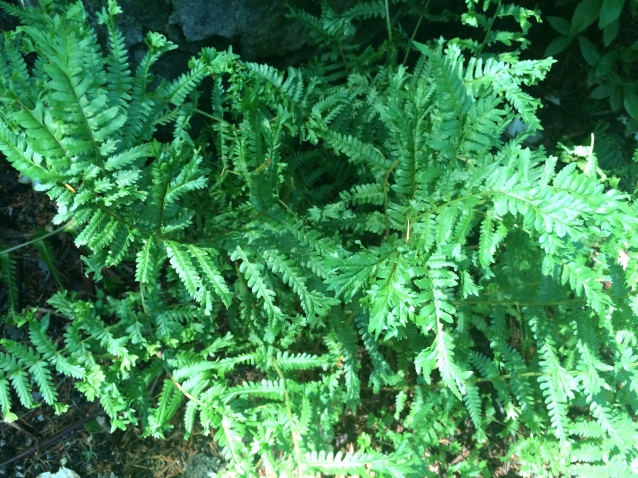 What joy then to come home and look up Pteridomania, which means Fern Madness or Fern Craze, and hit Victorian England like a hurricane. The name – from the Greek for Fern, coming from Pteron for feather, was first devised by Charles Kingsley in his book Glaucus, or the Wonders of the Shore. Rather patronisingly, he said:

Your daughters, perhaps, have been seized with the prevailing ‘Pteridomania’…and wrangling over unpronounceable names of species (which seem different in each new Fern-book that they buy)…and yet you cannot deny that they find enjoyment in it, and are more active, more cheerful, more self-forgetful over it, than they would have been over novels and gossip, crochet and Berlin-wool.[1]

There are some lovely articles I found here and here, which include this illustration of fern hunting in action: 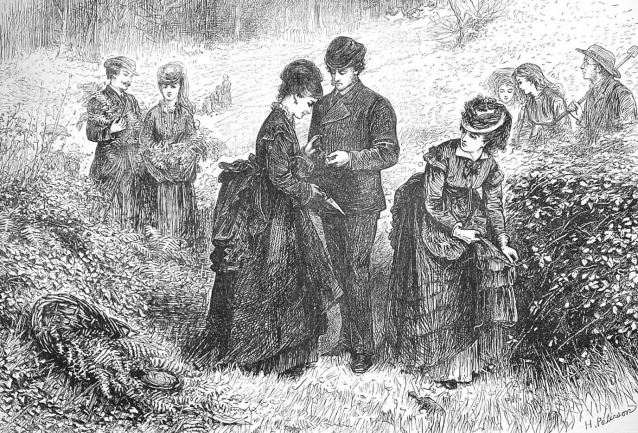 And – forget goats and deer – the full baskets shown above were probably the reason this strange notice was put up! 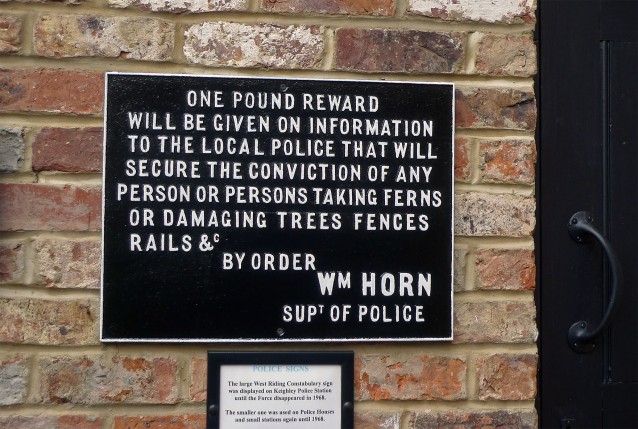 Anyway, I came back from Canada with a slight touch of Pteridomania, which has led to this latest beauty uncurling itself in MY garden back in Tunbridge Wells: 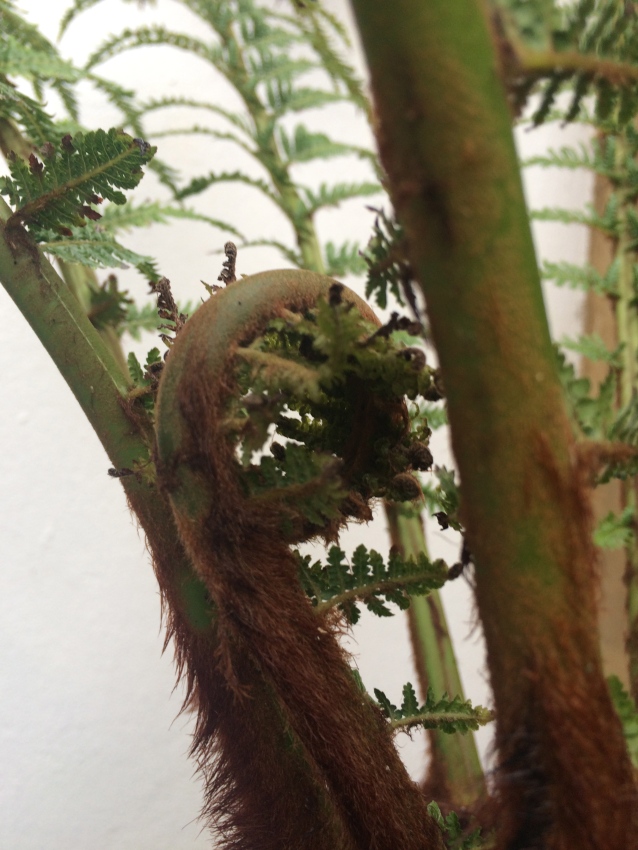 Lucy’s not crying over her crochet

and Jane’s escaped from the novel net,

Freda and Jo have stopped talking

about how Ali’s wound up the Berlin wool,

Because now ferns tickle us all like a feather:

round our hips. Yes, the Lady fern’s uncurling

our purse-strings into a topknot of Venus’s hair. 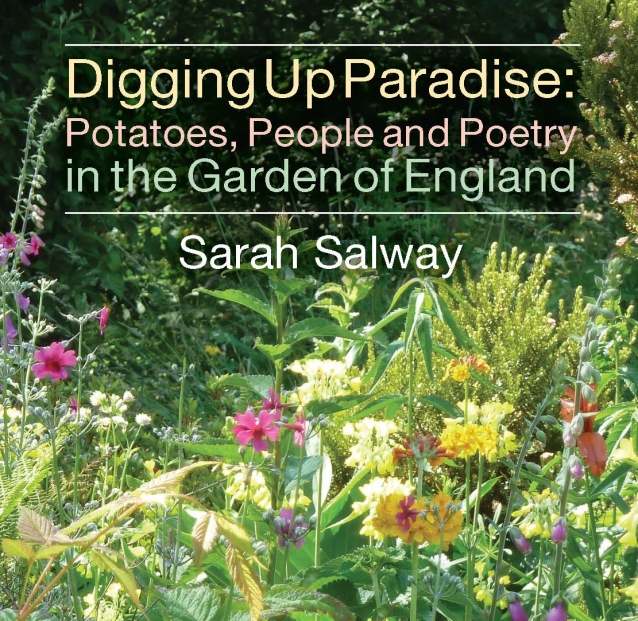