We didn’t do many garden-visits during our recent – short – visit to Istanbul, but then in some ways the garden was with us in the form of decoration everywhere we looked.

Or tulips were anyway. 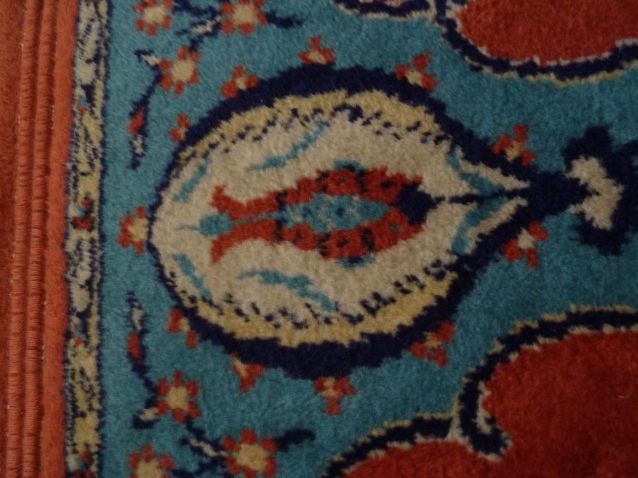 They even formed part of the city’s sadly unsuccessful Olympic 2020 bid. 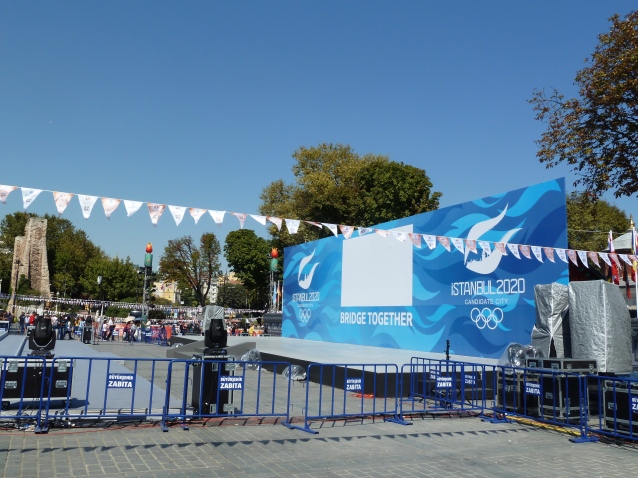 It’s a reminder that tulips originally came from Turkey, and the first bulbs to reach Holland came as a present from a Turkish Sultan. In fact, the flowers were so popular in Turkey, that the period at the beginning of the 18th century was known as the ‘Tulip Era’. 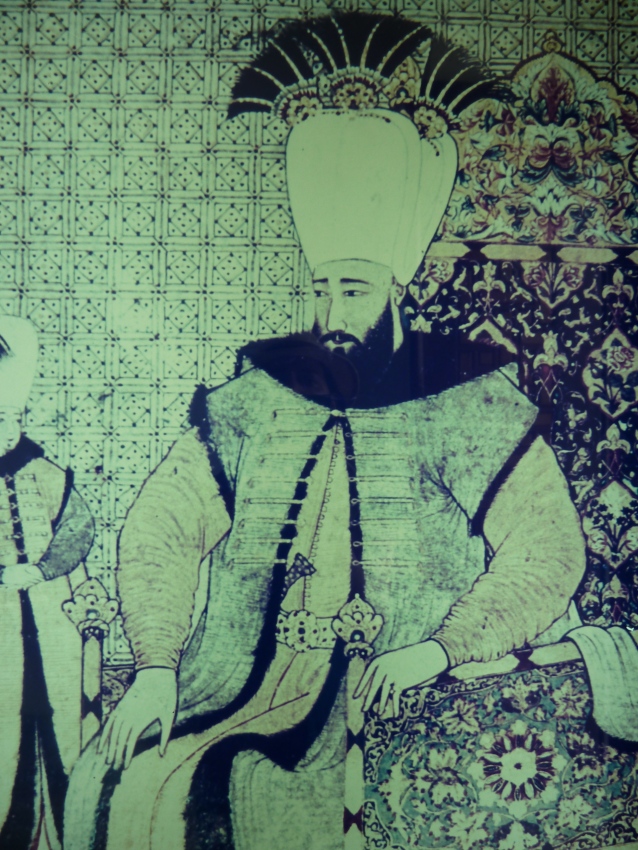 And Sultan Ahmed III of Turkey was the chief supporter.

A visit to his library at the Topkapı Palace, was definitely one of our highlights. I don’t think these photographs show just how inviting the room was but hopefully you will get an idea of the ornate flowery decorations. 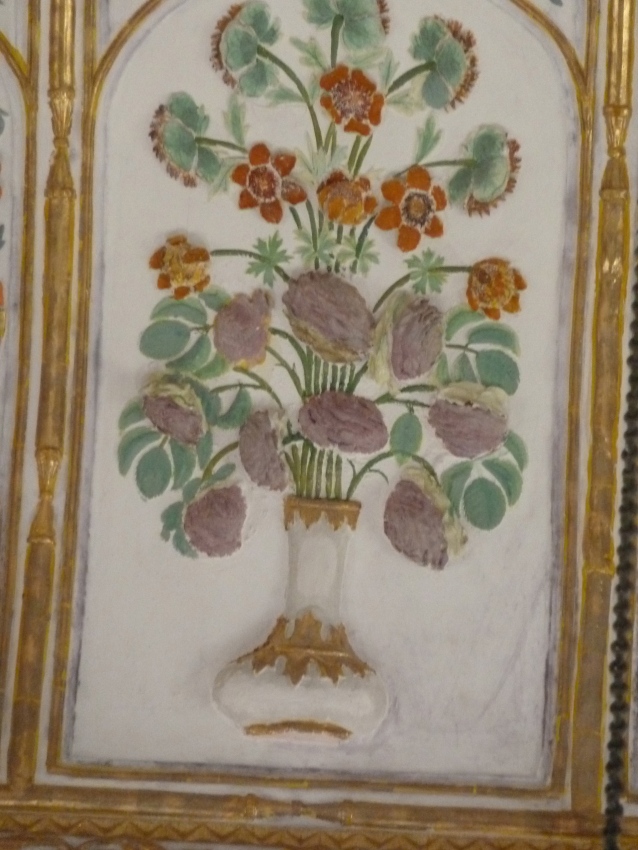 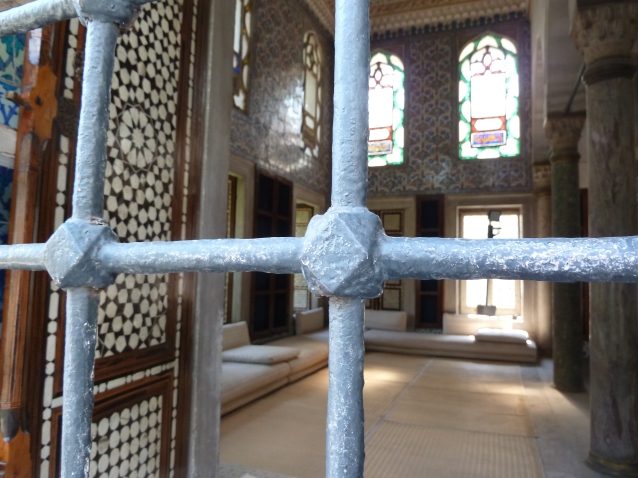 Lavish much? Well, just listen to this account of one party taken from Anna Pavord’s wonderful book, The Tulip. This paragraph was very much in my mind as I tried to cancel out the tourists and replace them with tortoises… 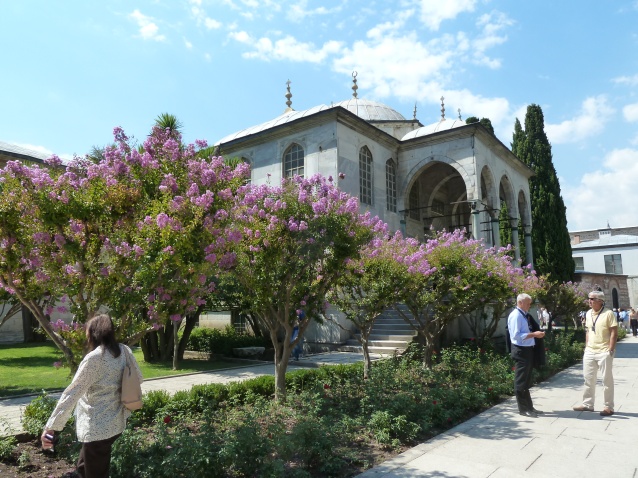 Music filled the grounds where the Sultan’s five wives took air. One of the courtyards of the Grand Seraglio was turned into an open-air theatre; thousands of tulip flowers were mounted on pyramids and towers, with lanterns and cages of singing birds hung between them. Tulips filled the flower beds, each variety marked with a label of filigree silver. At the signal from a cannon, the doors of the harem were opened and the Sultan’s mistresses were led out into the garden by eunuchs carrying torches. Guests had to dress in clothes that matched the tulips (and avoid setting themselves on fire by brushing against candles carried on the backs of hundreds of tortoises that ambled round the grounds). 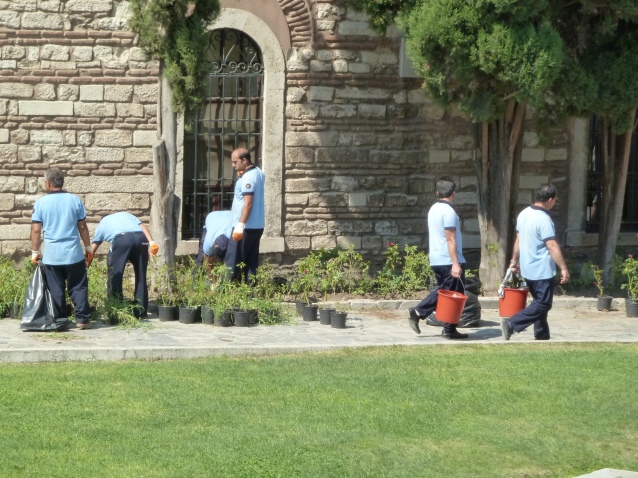